The former senior minister of Punjab Aleem Khan has joined Jahangir Khan Tareen’s PTI faction because he has misgivings about the prime minister, but the party has not said who it would support if the no-confidence resolution is presented. 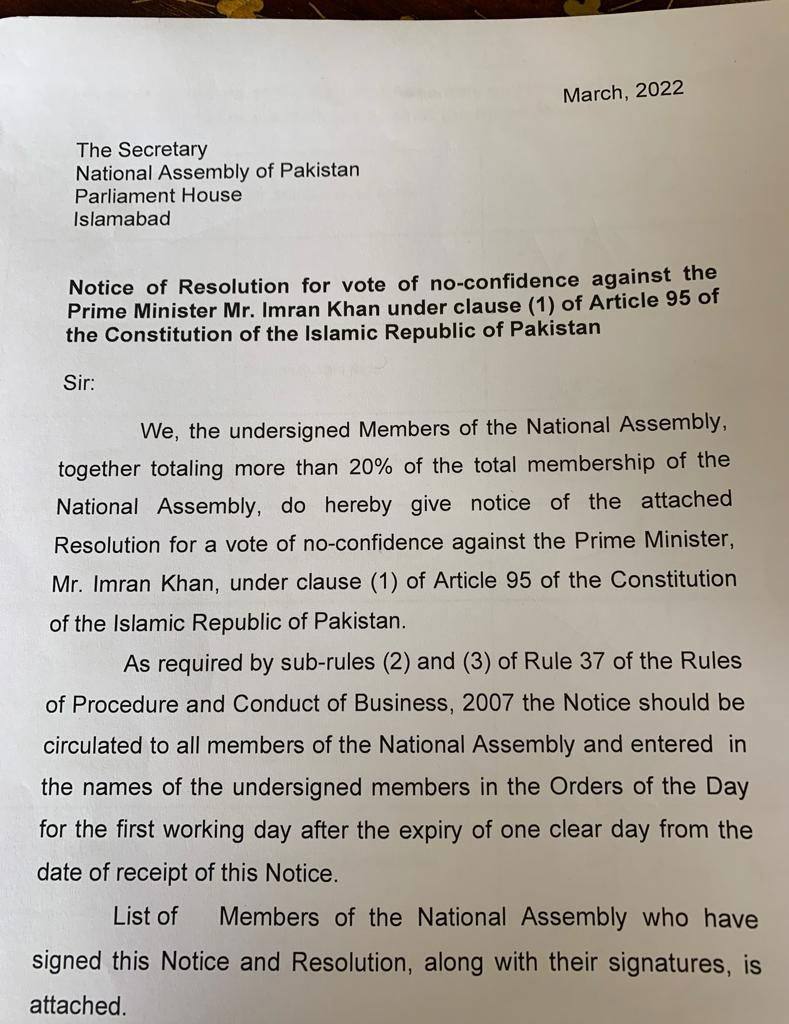 According to reports, the Opposition believes it has the numbers to oust Prime Minister Imran Khan, claiming the backing of 202 National Assembly members.

Moreover, the opposition claims to have the support of 28 PTI MPs and others from a government ally.

The PML-N has backed at least 16 PTI legislators, while the PPP has backed four and the JUI-F has backed two.

Tunisia Unable to Qualify for Worldcup