In the latest findings of BBC, scientists have warned that the world is about to witness the most hot days every year.

According to global BBC’s report “Since 1980, the total number of days with temperatures above 50°C (122°F) has increased in each decade. Temperatures exceeded 50 degrees Celsius 14 times each year on average between 1980 and 2009.”

Extreme temperatures are becoming more likely as the earth heats.

High temperatures can be fatal to humans and animals, as well as wreaking havoc on buildings, roadways, and electricity systems.

Temperatures of 50 degrees Celsius are most common in the Middle East and Gulf. 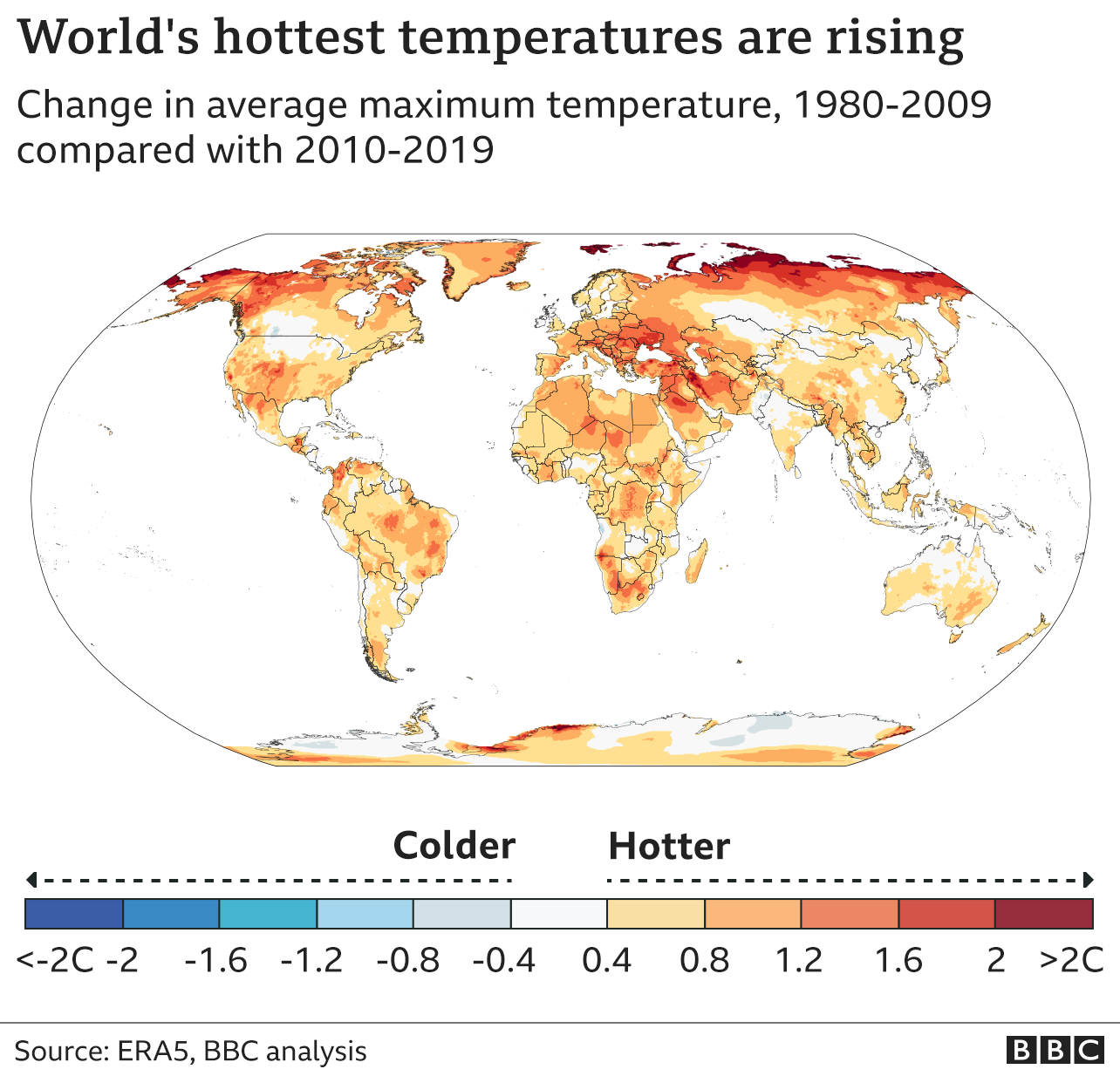 Following this summer’s record-breaking temperatures of 48.8°C in Italy and 49.6°C in Canada, scientists have warned that days over 50°C will occur abroad unless fossil fuel emissions are reduced.

Dr Sihan Li, a climate researcher at the School of Geography and the Environment at the University of Oxford said that “The faster we cut our emissions, the better off we’ll all be.”

Dr Li also warned that “with continued emissions and lack of action, not only will these extreme heat events become more severe and more frequent, but emergency response and recovery will become more challenging,”

However, these increases were not felt uniformly over the world: certain maximum temperatures in Eastern Europe, southern Africa, and Brazil rose by more than 1 degree Celsius, while portions of the Arctic and the Middle East had increases of more than 2 degrees Celsius.

How will the rise in Temperature impact the world?

High temperatures and humidity can be dangerous to one’s health even when the temperature is below 50 degrees Celsius.

According to a research published last year by Rutgers University in the United States, as many as 1.2 billion people around the world could endure heat stress by 2100 if present levels of global warming persist. That’s at least four times the number of people that are affected now.

People are also faced with difficult decisions when the landscape around them changes, with excessive temperatures increasing the likelihood of drought and wildfires. While other variables can play a role, climate change is a major contributor to desertification.

Petrol prices are expected to increase