ISLAMABAD: Federal Interior Minister Sheikh Rasheed said on Thursday that the plans of a religious group that recently protested in several cities across Pakistan were “dangerous.”

The minister expressed gratitude to the police officers and law enforcement officers who were wounded in the clashes. 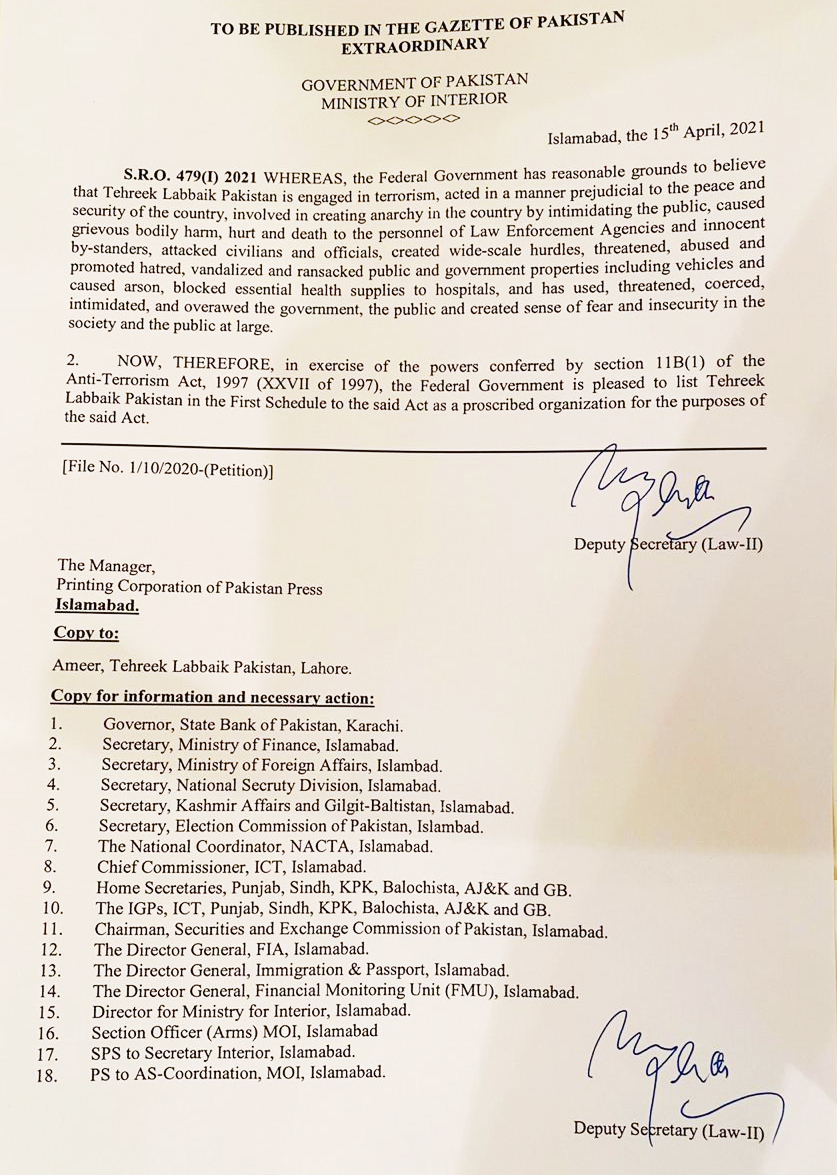 Rasheed called the brutality “unfortunate,” noting that the government was able to engage with the demonstrators. He stated that the government had not reneged on its pledge to present a resolution to Parliament in response to the religious party’s demands.

“During the talks, we learned that they [religious party] were preparing a march on April 20,” he said, adding that the party’s reaction to the detention of a representative could not be justified.

“The reaction was not in accordance with our faith nor with our Constitution,” he said.

The minister said that the cabinet has approved the ban on the Tehreek-e-Labbaik Pakistan (TLP), and that a summary to petition the Supreme Court for the party’s dissolution will be submitted to the cabinet tomorrow.

He said that the state would not give those who spread anarchy across Pakistan any flexibility and that their plan would fail.

“No one will be able to leave, and no relaxation will be offered,” he added.

The Ministry of Interior released a notice calling the TLP a proscribed organization shortly after Rasheed’s press conference.

The notification said: “The federal government has reasonable grounds to believe that Tehreek Labbaik Pakistan is engaged in terrorism, acted in a manner prejudicial to the peace and security of the country, involved in creating anarchy in the country by intimidating the public, caused grievous bodily harm, hurt and death to the personnel of Law Enforcement Agencies and innocent by-standers, attacked civilians and officials, created wide-scale hurdles, threatened, abused and promoted hatred, vandalised and ransacked public and government properties including vehicles and caused arson, blocked essential health supplies to hospitals, and has used, threatened, coerced, intimidated, and overawed the government [and] the public and created sense of fear and insecurity in the society and the public at large.”

“Now, therefore, in exercise of the powers granted by Section 11B(1) of the Anti-Terrorism Act, 1997, the Federal Government is pleased to list Tehreek Labbaik Pakistan as a proscribed organization for the purposes of the said Act in the First Schedule to the said Act,” the notification continued.