Major sit-ins by a religious group, which blocked traffic and trapped thousands of people for hours the day before, have begun to wind down.

Protests are set to begin for a second day but may be restricted to specific locations.

Four areas have been closed for traffic in Karachi today.

As per the traffic police, roads in Orangi Town No. 5, Baldia No. 4, Stargate, and Korangi No. 2 are blocked. Meanwhile, the demonstration near Tower Chowk, Jinnah Bridge, and Hassan Square has come to an end.

The Karachi traffic police posted their most recent traffic warning on Twitter at 10 a.m. on Tuesday. 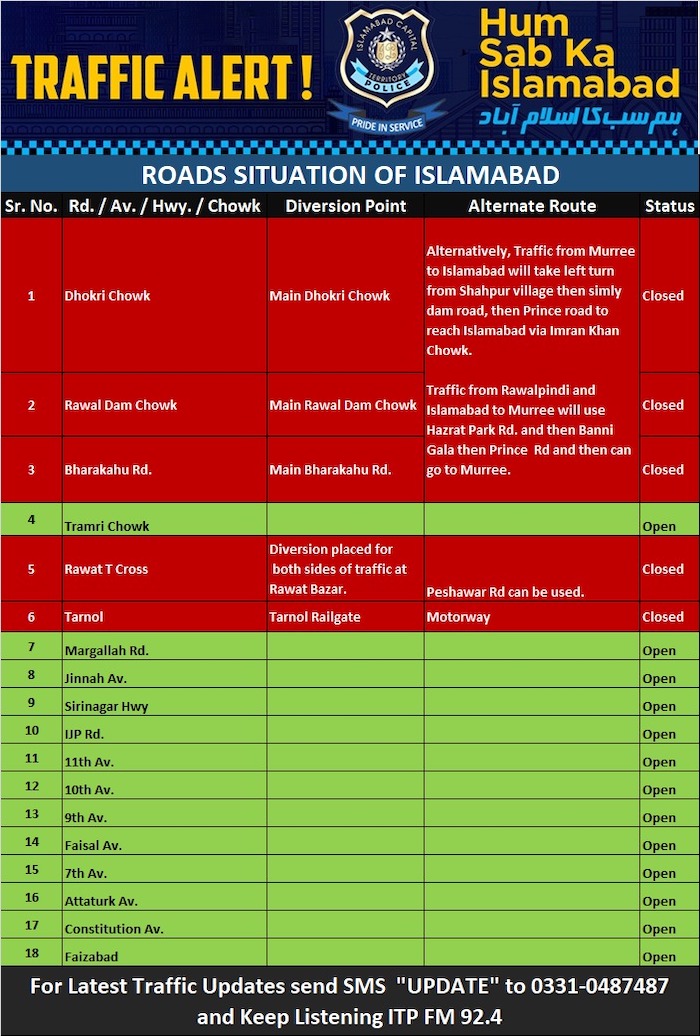